If you have not explored the British Pathe channel on Youtube, take a look.

From the British Pathe blog:

Newsreel archive British Pathé has uploaded its entire collection of 85,000 historic films, in high resolution, to its YouTube channel. This unprecedented release of vintage news reports and cinemagazines is part of a drive to make the archive more accessible to viewers all over the world.
“Our hope is that everyone, everywhere who has a computer will see these films and enjoy them,” says Alastair White, General Manager of British Pathé. “This archive is a treasure trove unrivalled in historical and cultural significance that should never be forgotten. Uploading the films to YouTube seemed like the best way to make sure of that.”
This clip shows the aftermath of gales in the Bristol Channel, as the former battleship Warspite is aground off Cornwall and the SS Samtampa is lost off Porthcawl with the loss of 47 lives – including the loss of all the crew of the Mumbles Lifeboat during the rescue attempt. (more info) 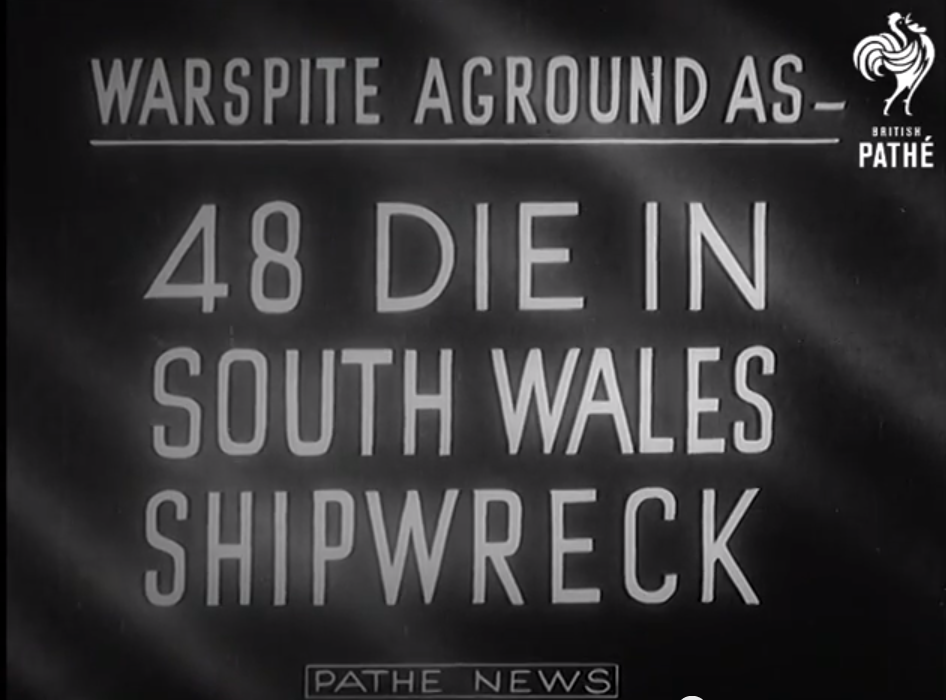